Anzac Day and Remembrance Day are significant events dedicated to honouring those courageous soldiers who fought and gave their all for our country.

Many of these soldiers encountered great struggles and became heroes on and off the battlefield. Retelling their stories is a way we can connect with their courage, deepen our compassion, and honour their sacrifice.

Trace the lives of significant men and women who have contributed to the fabric of our great nation by downloading our free Victorian War Heritage Booklet.

Here we share some of the many stories captured within our War Heritage Booklet of those memorialised in the beautiful grounds at Springvale Botanical Cemetery.

Victoria Cross (VC) recipient Robert Cuthbert Grieve was born in Brighton and served as a Captain in the 37th Battalion, AIF in World War I. On 7 June 1917, during an attack on a German position at Messines, Belgium, Captain Grieve showed bravery by single-handedly charging and overwhelming two machine-gun crews while under continuous heavy fire. He then reorganised his men and advanced, capturing the original objective of the attack.

King George V presented his Victoria Cross to him at Buckingham Palace on 20 October 1917, though his VC is unusual because rather than being conferred upon the recommendations of fellow officers, it was granted on the recommendation of his men, who admired Grieve for his conscientious and understanding style of command.

Grieve was invalided to Australia in May 1918, where he married Sister May Isabel Bowman of the Australian Army Nursing Service who had nursed him during illness. He established the soft goods organisation of Grieve, Gardner & Co in Flinders Lane, Melbourne, and was buried with military honours after passing away on 4 October 1957.

Margaret Looker was born in Melbourne and trained as a nurse at the Alfred and Austin Hospitals in Melbourne. She enlisted in August 1915 and went on to serve as a nurse in Egypt and France, where she was wounded in 1917.

She was promoted to the rank of Sister in 1918. She lost two brothers at the front, while another brother was wounded. She returned to Australia in 1920 and lived in East Malvern. She passed in 1962 at the age of 78.

Edward John Francis Ryan was born in Tumut, New South Wales in 1890 and was employed as a labourer before enlisting in the AIF in 1915.

During the 55th Battalion’s attack near Bellicourt in September 1918, a strong counter-attack drove the Australians back and put them in a dangerous position. Ryan quickly organised and led a party on the offensive. Reaching the enemy position with only three men, Ryan drove the enemy back and enabled the trench to be retaken.

On 22 May 1919 Ryan received his Victoria Cross from King George V at Buckingham Palace. He was discharged from the AIF in 1920.

Unfortunately, Ryan had a difficult civilian life and, like many returned servicemen, struggled to keep a job. He passed away from pneumonia on 3 June 1941 and was buried with military honours in the Catholic section where eight other Victoria Cross recipients formed a guard of honour.

Sir Albert Ernest Coates was a notable surgeon who enlisted in the AIF and became a medical orderly in the 7th Battalion. He served at Gallipoli and fought in the Battle of the Somme in France, one of the largest and bloodiest battles of World War I. He worked with the intelligence team, 1 ANZAC Corps, after his superiors were impressed by his skill as a linguist.

General Sir John Monash and British authorities recognised his ability and he was invited to apply for a commission in the British Army after the war. Instead, he chose to return home and work in the office of the Commonwealth censor in Melbourne. He was employed as a doctor at the Royal Melbourne Hospital, where he established the neurosurgical unit and lectured at the University of Melbourne.

In 1941 he joined the AIF and was appointed Lieutenant Colonel of the Australian Army Medical Corps. Coates served in Malaya, Java, and Sumatra, where he saved many lives with his surgical skill. In 1946 he was appointed OBE, and in the same year served as a medical witness at the war crimes tribunal in Tokyo. In 1951, her served as a delegate to the signing of a peace treaty with Japan at San Francisco.

Read more about the lives of the men and women who sacrificed for our country in our free Victorian War Heritage Booklet.

It is through sharing the stories of these brave servicemen and servicewomen resting peacefully at Springvale Botanical Cemetery and the Springvale War Cemetery that we begin to deepen our compassion and understanding of their sacrifices, and also enhance our admiration for their courage, resilience, and commitment to public duty.

All rights reserved. No part of this book may be reproduced or transmitted in any form or by any means, electronic or mechanical, including photocopying, recording or by information storage and retrieval system, without the prior written permission of Southern Metropolitan Cemeteries Trust. 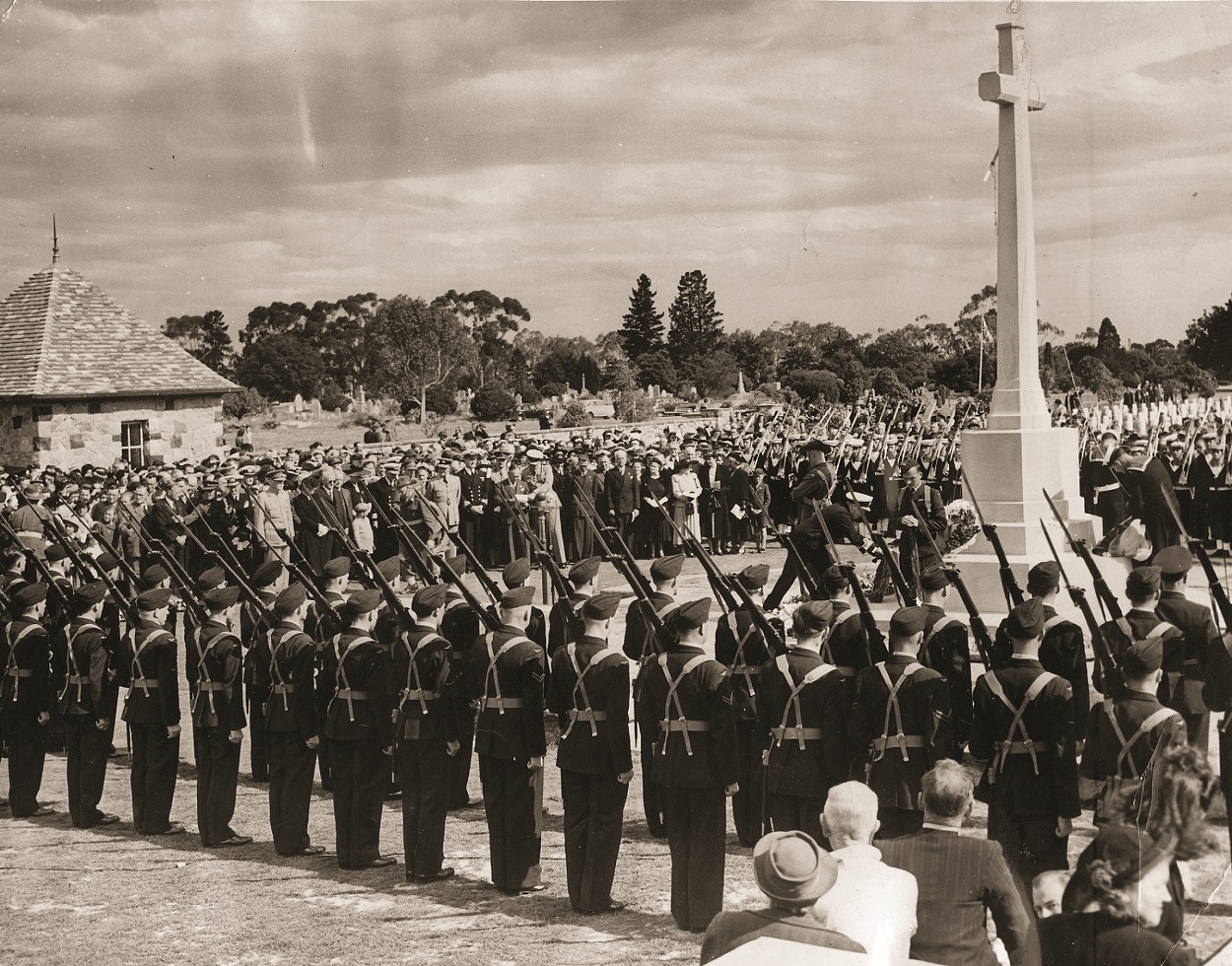